Melinda Wichman’s artworks are large scale, color, fresh eye candy’s . She is a very diverse artist with a huge collection of different style and themes. For the size of her artworks she is a very inexpensive artist. 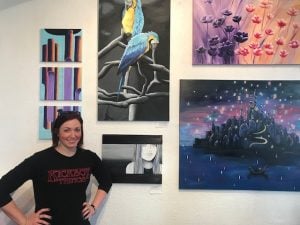 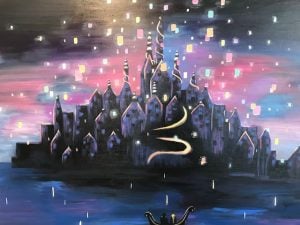 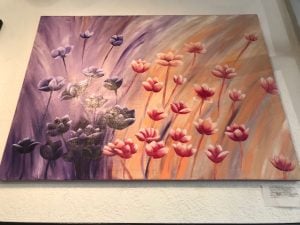 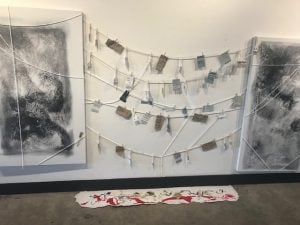 Don’t miss the Installation by Lisa Dittrich at the entry hall of the Artsfactory , Lisa has her own gallery upstairs in the Artsfactory : Random Alchemy, she is one fun outstanding and very diverse artist in the house. We are so proud to have her art installation as a reminder of the struggles being an artist on our front walls.

Lisa was one of our resident artists in the Gallery in 2017, and now is owner of her own Gallery space Random Alchemy upstairs in the Artsfactory Las Vegas. We are so very proud of her art and all the accomplishments she did for us and her own artist way.

Don’t miss this installation on view now until the end of January and make sure to visit the artist upstairs in her own gallery as well. 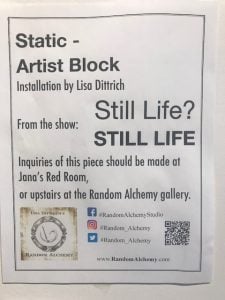 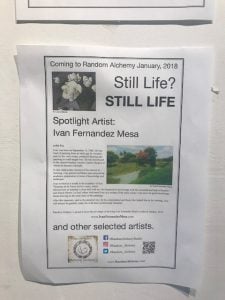 come see here outstanding artworks up close, all for sale, these fresh colorful artworks are the perfect start into a new Year 2018. Now on view until the end of January 2018. 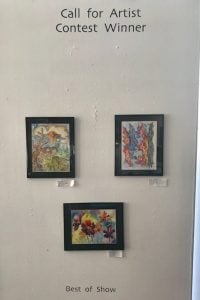 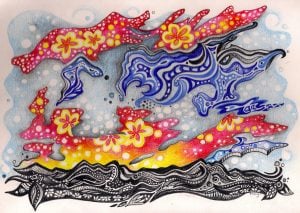 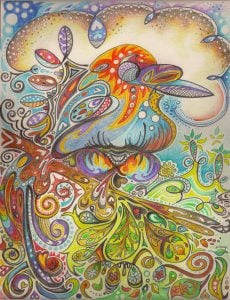 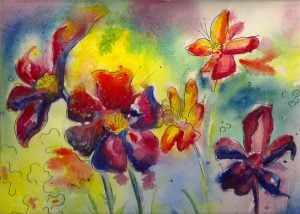 Don’t miss the beautiful Wisdom Phoenix will sing live at Jana’s Redroom this 1st Friday on Jan. 5, 2018 .
She is a truly tread for the ears and eyes. 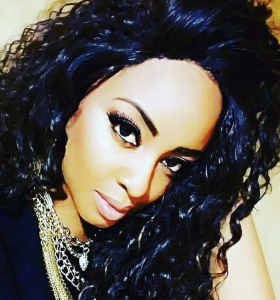 Artist Bio:
R&B Singer/ Song writer Wizdom Phoenix is from San Diego, CA and has been singing since the age of 6 years old. She is currently an artist under the 23rd Letter Entertainment umbrella. She has 1 Album release entitled “Swaggalicious Misses” and 2 single releases entitled “Yes Dear” and The Internet” with 1 video for her unreleased single entitled “Don’t want to let go”.
Wizdom Phoenix is a 3 time BMA nominee and was awarded  “Singer of the year” by LV Rocks.com/Power House Radio Music Awards. She has been recognized as an “Ambassador of Peace” by the Ward 5 Chamber of Commerce, Ceasars Entertainment, The International Peace Educational Center and The City of Las Vegas! Wizdom Phoenix is a U.S. Navy Veteran, a Business Major and a cancer survivor.
Wizdom is scheduled to release a new single and video project in the early spring of 2018. When she is not in the studio recording or giving her time to charity, she is on the road doing radio interviews, performing and promoting her brand. You can catch her live performances Saturday nights right here in Las Vegas at the Lucky Club Casino and, she has recently been welcomed to the Silver Nugget familie’s recent inductee to the Rock and Roll Las Vegas Hall of Fame, The Queen of Blues, Lady Brandy and the Night of Soul Band, Performance set to begin January 2018!
To see more of Wizdom Phoenix check out her Social media links:
Www.wizdomphoenix.com
Twitter: @wizdomphoenix
Instagram: @wizdomphoenixthefirstlady
Reverbnation: Wizdom Phoenix
Soundcloud: Wizdom Phoenix
Vh1: Wizdom Phoenix

Its the time of the year again where we have to give a massively huge Thank You to all the wonderful , outstanding and diverse Artists that showcased at Jana’s Redroom.

It was a very interesting , overwhelming year with lots of new adventures , ideas and shows we won’t forget for a long time.

We accomplish a lot at the Gallery and we saw some of our standing and prolific artist moving up to the next level with their crafts. Some opened their own gallery’s in our home base The Artsfactory : Lisa Dittrich ( Random Alchemy ) and Anja Whitemyer ( A W Gallery). We had the pleasure to showcasing national artist from Miami, California and New York. Had award wining artist showing their sculptures and artworks in our house.

We are so very proud of every one who supported us, showed there outstanding artworks in the Gallery and all the lovely volunteers who worked so  hard and devoted their time to the showing artists.   THANK YOU

We wish you all a fantastic New Year 2018 and an amazing journey into the next level of creativity .

Thank you all for your support, love and commitment.

Spread Your Wings and Fly

We are very proud to announce that the mural collaboration with Robin Slonina on the outside wall of Jana’s RedRoom is finished.

Robin Slonina is a well-know professional artist and mural painter with a career spanning over 20 years.  She also stars as a Judge and Producer on the hit TV show “Skin Wars” and her murals and artwork are internationally known.

Slonina choose butterfly wings for the mural design, and we agreed!  We believe that the butterfly stands as a symbol for all the growing artists in the local Las Vegas arts scene, in and around the Arts Factory and the Vegas Arts District. It is a metaphor for the rise of local emerging and established artists, to show the world that Las Vegas has wings and is more then just a well-known gambling and entertainment city. Vegas is also a home for thousands of artists, with remarkable diversity in their art, culture and history. We are open to every art form and we like to support this great city and the amazing art that is created here.

You can help spread the word about the arts scene in Las Vegas, by taking a photo in front of the butterfly wings and tagging @JanasRedRoom and @RobinSlonina.  Slonina is even offering prizes to the first 5 people who tag her on Instagram or Twitter “wearing” the wings!  Slonina states, “I wanted this mural to be interactive.  So basically it isn’t finished until viewers step in front of it, and become the butterfly themselves.”

Be a part of this wonderful idea and the great Arts District movement by tagging yourself and us in a picture with the mural.

Thank you so very much Robin Slonina for giving your time and talent to paint this inspiring mural on the Arts Factory wall, outside Jana’s RedRoom on Charleston Boulevard for all to see. On your next visit, come spread your wings, take a photo and post it on your social media accounts.

More on the artist Robin Slonina: 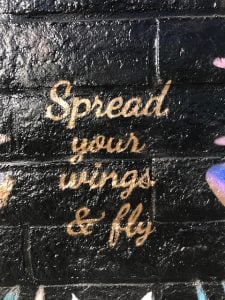 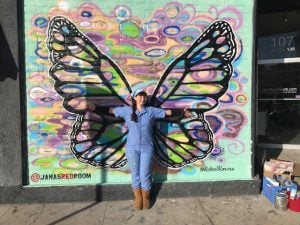 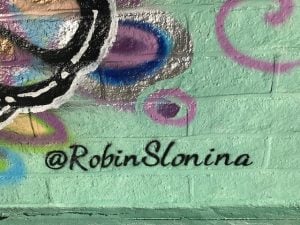 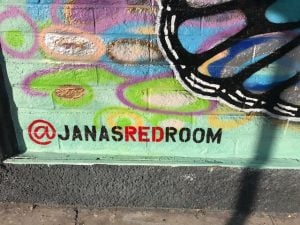 Congratulations to Tracy Martin, we are so thrilled to show the Winner for the “Call for artist” contest for January , Theme : Flow

We will be showing the artworks in the month of January. Don’t miss first Friday on January 5th to see these incredible artworks up close.

We like to start an new tradition in the New Year 2018 and we are very excited about it. We like to give the new generation of Artist to be a show space at Jana’s Redroom.

We have our wonderful Artist Kimberly Blake in the house on Mondays, Kimberly teaches art classes as well, to support her student and new young artists we like give them a  change to showcase their artworks in a real art selling Gallery. 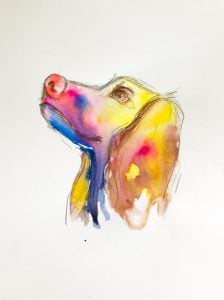 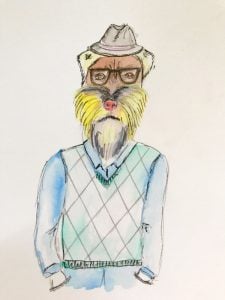 Artworks by Anja Whitemyer ( disqualified for this contest… to old 🙂 )

We wish you and your love once the best of peace , health and prosperity in this joyful Holiday Season. Enjoy this time to the fullest .

We like to Thank all our outstanding artist for their trust into Jana’s Redroom and our Gallery staff.

We like to Thank our wonderful volunteers to support Jana’s Redroom with their time, knowledge and without them , we couldn’t open the door to all our customers the way we do it.

Thank you to all the wonderful resident Artist over the year , with your support and up leave artworks you brought the Redroom to the next level.

we wish you all a very merry Christmas. 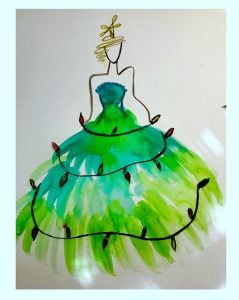 We are sorry to hear about the passing of one of our contest Winner “Call for Artist ” Deborah JoAnne Weaver. We are sending prayers and our deepest condolent wishes to her sister Denise Weaver Ross, who is one of our resident artist in the Gallery. 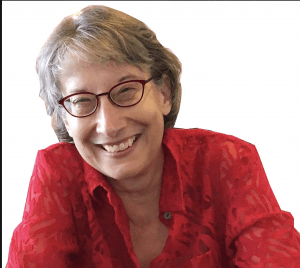 Denise Weaver Ross about her sister :

Deborah JoAnne Weaver, 63, of Albuquerque, NM, passed away suddenly on December 12, 2017 after a long struggle with multiple medical conditions. She is survived by her daughter, Sarah Parker, of Omaha NE as well as her sister Denise Weaver Ross and mother JoAnne Weaver of Albuquerque NM, her nephews Colin Alexander Ross and Nicholas Ross, and countless extended family members and friends.

Deborah was born in Duluth, MN. Her family relocated to Milwaukee, WI, when she was in grade school and later moved to Oconomowoc, WI. She graduated from Oconomowoc High School in 1972, received a B.S. in Biology in 1976 from Wheaton College, IL. She went on to teach the children of Wycliffe Bible Translators in Mexico City for a couple of years before returning to the U.S. where she received her Masters in Linguistics at the University of North Dakota in Fargo. She then to moved to Dallas, TX, where she began her community college teaching career, married and relocated to Albuquerque, NM where she completed her course work for a doctoral degree, and adopted her beloved daughter, Sarah Parker.

While raising her daughter, she worked for many years at TVI (now known as CNM) teaching English among other subjects, started a strategic management business, and worked as the COO at Kirtland Credit Union, where she led their Malcolm Baldrige National Quality Award process which achieved Kirtland’s 2008 Zia Award. During her time at Kirtland she was diagnosed with triple negative breast cancer and began focusing on cancer-survivor support groups and creative endeavors. She was a member of the New Grounds Print Workshop, revived her life long interest in fiber arts, and provided marketing support to Little Bird de Papel on Mountain Road. She also showed her creative work at New Grounds and Tortuga Gallery in Albuquerque, and at Jana’s RedRoom in Las Vegas.

Her family and friends are holding an informal Memorial Luncheon at Tortuga Gallery, 901 Edith SE, in Albuquerque on Wednesday, December 20 from Noon until 3p.m. Please bring memories and food to share.